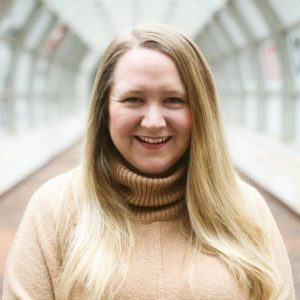 Chelsea is a Digital Strategist & Content Producer for Bowe Digital and lives in Indy with her husband and three kids.
Prior to joining Bowe Digital, Chelsea was a government reporter for various Indiana newspapers, including covering the Statehouse and politics for IndyStar, before transitioning into the world of communications. She most recently worked for Aim, the advocacy group for Indiana’s cities and towns, as a content manager. With the addition of a third kiddo to the family (who is now 1 and living his best toddler life,) Chelsea made the transition to Bowe Digital. Chelsea is a graduate of Franklin College, where she met Wayne and Richard and has tons of fun stories. The accomplishment she is most proud of is being a mom to three kiddos, Henry, Emma and Teddy. When she’s not writing, you can typically find her cheering on Henry and Emma at dance competitions, reading Teddy his favorite books and attempting various cooking recipes, whose outcomes would make her a good contestant on Netflix’s “Nailed It.”